"It was an honor to oversee a function so intelligently crafted by our founding fathers who had the foresight to balance the interests of small rural states with those of larger states containing sprawling urban areas," said Secretary Michael Watson.

"The 2020 Election Cycle included more than 113,000 newly registered voters and the most votes ever cast in Mississippi’s storied election history. Incredibly thankful for every voter, poll manager, election official, legislative leader and Secretary of State team member who contributed to the success of our state’s safe and fair election process." 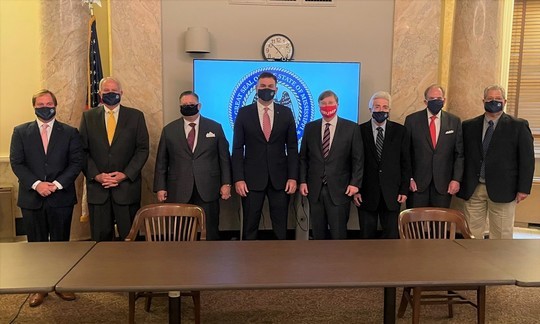 Certified results from the 2020 Election Cycle are available on the Election Results page of our website. For more information about State election laws or other election information, visit Y’all Vote (yallvote.ms) or call the Elections Division at 601-576-2545.